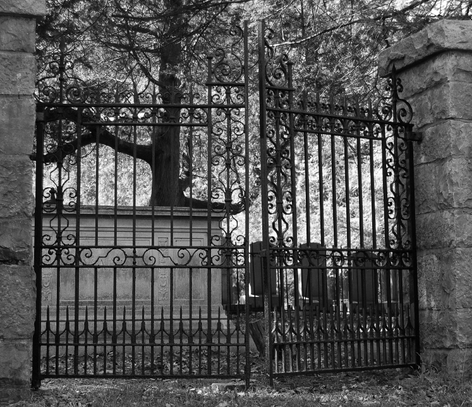 BOOKS ARE AVAILABLE ON AMAZON/NOOK/SMASHWORDS.

My version of the beginning of the zombie apocalypse-

“It’s started,” John said. He stood in the doorway of Michael’s office, a concerned look on his face. His five o’clock shadow spoke volumes about how hard they’ve been working to prevent this from happening. Michael took off his reading glasses and rubbed the bridge of his nose where the glasses rested.
-
“What do you know?” Michael asked. He gestured for the other man to come in and sit. John’s requisite black suit hung on his lanky form. Either he slept in his suit or he lost weight. Or both. Michael watched John sit in the soft brown leather chair he inherited from the last person who had this office. He waited until John seemed comfortable. “Drink?” Michael asked. He pulled a flask from the bottom drawer and held it up for John to see. John grinned.

Michael poured two fingers of the liquid into two different paper cups. He handed one across the desk to John. “Cheers,” he said downing his in one gulp. John did the same only he coughed after he drank his.

“Jesus, Mike, what is this stuff?”

“Moonshine whiskey, best to be had. My grandpappy’s recipe. It has a kick to it.”

“That’s the understatement of the year.” John wiped his mouth with the back of his hand. He looked longingly at the cup but set it down on the edge of the desk. Michael left the flask out just in case they wanted a refill later on.

“The first reports came in about an hour ago. Unknown virus affecting a plane full of people.”

“Where did the plane come from? Did it land?”

“It originated from China, detoured to one of those small countries in Africa, Paris, London, San Francisco, Los Angeles.”

“It’s not Ebola or Hemorrhagic Fever?”

“No. At least initial reports say no.”

“The passengers were quarantined at LAX for a few hours. Some had fevers, others seemed fine. Those with fevers were taken to hospitals in the area. The ones who were not sick were able to leave.”

“Once one of the docs at Sinai Medical called us most of the passengers were either dead or dying. The ones who hadn’t gotten sick were now sick. The hospitals were flooded with them. Their family members got sick, people they were in close contact with got sick. We think some of them caught connecting flights to God knows what country.”

“Where is patient zero?”

“They are but they are as baffled as everyone else. This virus doesn’t follow the same paths as the known viruses.”

Michael played with the flask, flipping it over and over in his hands. The light caught the shiny silver metal as he flipped it. A shaft of light struck John in the eyes each time Michael flipped it.

“Does the president know?”

“Yes, he’s been informed. He and his cabinet have been relocated to the secure base in Nevada.”

“I am assuming the other countries are doing the same?”

“So far only England, Canada and France. The Pope refuses to leave the Vatican and the Mid-Eastern countries won’t entertain anything we have to say to them. Germany is considering it but are waiting to see if we can contain it first.”

Michael stood up and went to the window. His office on the 25th floor of the Tower Building overlooked the busiest street in Washington, D.C. He looked down at the traffic, people going to jobs, school, home. “Enjoy it while you can,” he said. He caught a glimpse of his face in the window’s reflection. His face looked haggard, worn. Were those bags under his eyes? He looked away. He turned to John who seemed to be waiting for Michael to say something.

“I guess this is it,” Michael said. “We’ll assemble the team in two hours. Go home, take a shower and a nap. Get something to eat. Sleep with your wife. Hug your kids. Meet me back here by four.” John stood up.

“I’ll get everything ready. I don’t have anyone to go home to.” He walked around the desk and put a hand on John’s shoulder. “Go home, John. Don’t tell your wife anything about this.”

“It may be days before anyone gets sick here, weeks even.” Michael took his hand off John’s shoulder.

“You know that’s not true but thanks for saying it,” John said. He walked toward the door.

“If you decide not to show up at four, I’ll understand,” Michael said. “There may be places in the Canadian north not affected for months or years if at all.” He scratched his cheek stubble. His eyes drifted to the flask. “The jet is in hanger four if you need it. It’s fueled and stocked with enough supplies for a year for a family of four.”

“Thanks, Mike. I appreciate it.” John hesitated. “It was for you, wasn’t it?”

“I wanted to say something at the time but I wasn’t sure what to say.”

“You came to the memorial, that was enough. I appreciate that.”

“You worked too hard, Mike. You never let yourself grieve.”

“Work helped me.” He waved a hand in the air. “You better get going, John. Say hello to Mary for me and kiss your kids.”

“I will, Mike. Thanks.” He gave Michael a brief hug. It felt like a goodbye.

He let go and John went out the door. Michael sighed. He lifted the phone and pressed a button. He spoke into it.

“Assemble the team in conference room six at four PM today. It’s started.” He hung up. He went over to a closet and opened it. He took a holster off a hook and fastened it on. He opened a drawer and took out the gun lying in it. He loaded it with the zirconium bullets specially designed for their team. He put the gun in the holster. The weight against his side seemed to throw him off balance. He felt he had to compensate so he leaned to the other side. Smiling at his thinking he closed the door and leaned against it. The flask beckoned to him but he decided not to have another drink right now. He put the flask back in the bottom drawer.

He turned on the computer monitor and pulled up the CNN link. There was a scroll along the bottom that read: BREAKING NEWS ALERT EMERGENCY BROADCAST SYSTEM ACTIVATED over and over. The news commentator’s look of concern actually made Michael smile.

“Breaking news from Los Angeles, the city has declared a pandemic emergency. A virus of   unknown origin has affected over a hundred thousand people. If you or anyone you know has  symptoms you should go to the nearest medical facility. Special facilities have been set up for virus victims only.” She listened to her earpiece for a moment and nodded. “Reports have been  coming in from San Francisco, Seattle, and now New York with similar symptoms.
This virus is highly contagious and spreads quickly with victims dying in a few hours or less.”

Her picture was superimposed with video of people in the streets of Los Angeles running. Some wore surgical masks, others scarves or shirts over their mouths. Behind the crowd the ones who were sick walked stiff-legged toward the non-sick. Their greenish skin and blood red eyes made them look as if a Hollywood makeup artist had been at them. The camera panned over the crowd but one of the virus sufferers came toward the camera snarling and drooling with teeth gnashing. The camera went black.
The commentator continued,

“Scenes from the streets of LA are horrific as the virus spreads. It appears to make the  victims sick with a high fever at first, and the victim either dies or is in a coma of sorts for a few hours. When the victim wakes up from the coma they are unable to speak,  unable to walk except with stiff legs, unable to make normal movements of any kind  except for chewing. They appear to have insatiable hunger and eat whatever they can find. As soon as someone is bitten by one of these virus carriers, they also become  infected within a short amount of time. Those who are sick have lost their ability to reason and it is only when they are shot point blank at the head do they stop.  Authorities tell us they and the CDC are initiating emergency personnel procedures and are confident this virus can be contained.”

Michael switched off the computer. His phone blinked at him. He answered it.

“Yes, sir. The team is assembling at four. We’ll be on our way to LA by tonight.” He listened again. “Yes. We’ve had our procedures in place for some time now. We have your agreement---should the situation warrant it---we can use whatever means we need in order to contain the situation?” He listened. “Thank you, Mr. President. May God be with you, too.”

Michael put the phone down. He went back to the window. The late afternoon sun shone in his window illuminating the office. He sat in his chair staring at the picture of him, Gina and the twins, Rosemary and Riley smiling at the camera. The twins were four, dark haired, dark eyed miniature versions of his Italian wife. He met Gina one rainy Saturday when he tried to jump into a cab already occupied by her. The two of them hit it off and they were married within a year. She was pregnant soon after that with twins. At first he was terrified but after the identical girls were born he realized how much he loved them and Gina. For the first time in his life he was happy. It all came crashing down six months ago. Gina was hurrying to get the girls to their preschool, she was only a block away when a drunk driver jumped the curb killing all three of them in one fell swoop. When his supervisor at the FBI asked him about taking this position, he didn’t hesitate. Head of the division of PZA which stood for Prevent Zombie Apocalypse, a covert branch of the CIA with unlimited funding who reports to the president. He had to pass another security screening and undergo intense psychological testing---they were worried about the effect his wife and children’s death had on him---but he passed everything with flying colors. And, six months later, here he was.

The computer beeped at him. The first reports from the CDC were coming in. He turned on the monitor and read through the report. As soon as he was on the ground in LA he’d make a determination but it looked as if he would have to employ the missiles. It would be up to him to give the order. He scrubbed his face with his hands. He hoped it wouldn’t come to that, but if things looked as bleak as this report then he’d have no choice.

“The needs of the many outweigh the needs of the few, or the one,” he said remembering a line from a Star Trek movie. He stared at the bottom drawer before pulling it open. “Guess I’ll need that drink after all.”